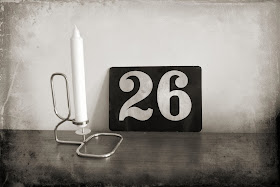 Today marks 5 years since the day my husband Pablo had surgery to remove a massive brain tumour (grade II, close to grade III atypical menigioma). I went back to last year's craniversary post to see what I had wirtten about and here is an excerpt:

Four years ago, Pablo was diagnosed with a grade II (close to grade III) atypical menigioma. Luckily it was benign, but holy crap the damage the damn tumour caused! Most of the damage was in the bladder area and Pablo now has a bladder pacemaker because the signals from the brain to the bladder are not functioning properly. Now the pacemaker isn't working because the wire leads have come loose (because Pablo is an active guy in his thirties with two young kids...). We're not sure if the pacemaker is going to be fixed or just removed entirely. In the meantime, Pablo recently had surgery to remove a piece of his bladder and in its place, he got 40 Botox injections. These Botox injections need to be done every 6-8 months. NOW we just heard word that Pablo is probably going to need Botox injections in his brain every 8-12 months to relieve that stress in his brain and to help with the brutal headaches that he gets. Add 5 more meds to the 20-something that he already takes and that is where we are at today.

Just yesterday, Pablo came back from yet another Toronto trip - this time to get his bladder pacemaker rewired finally. This involved an incision in his back to get to the pacemaker. This surgery came just two weeks after a procedure to remove an abscess on his prostate (which included an 8 day stay at the hospital). This past December, Pablo had yet another urology surgery to remove scar tissue down the urethra and some Botox injections in his bladder. Last July was Botox injections in the brain and June was a couple surgeries to remove more scar tissue down the urethra. And that is just the major stuff......

I keep saying that I don't know what is in store for Pablo in this next year but I'm pretty sure it will involve more surgeries and more Botox injections in various places because Pablo is a long ways away from being 'back to normal'. It just sucks that 5 years post brain tumour and Pablo is still engulfed with medical issues. We're taking it one day at a time and here is to hoping for as calm a year medically as possible because we all could use a bit of a break. The kids and I want to wish Pablo a very happy 5th craniversary!!!