Simon turned 8 a few weeks ago (!!!) and he got some really cool toys for his birthday - Brio village sets, a Star Wars game and his favourite was the Ravensburger Smartscope. 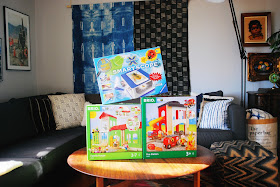 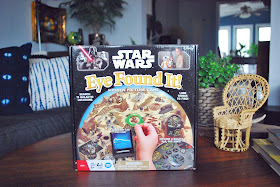 Simon has some Brio pieces and we just love them - they're easy to put together and so well made. Here are some photos of the BRIO Village Family Home Playset and the BRIO Village Central Fire Station: 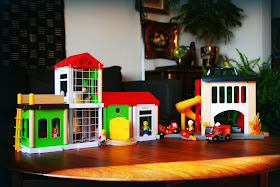 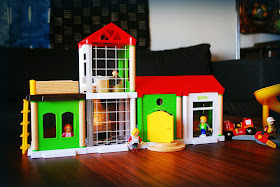 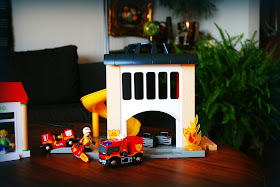 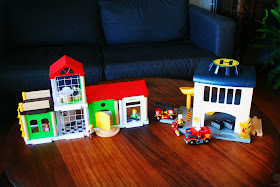 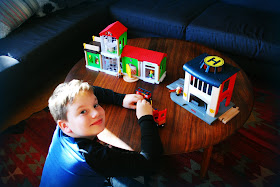 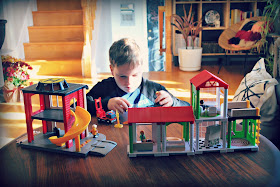 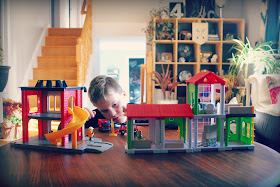 The Ravensburger Smartscope is right up Simon's alley as he is really interested in bugs and science. As I was putting together the Smartscope, I sent Simon out to find some bugs. This time of year (cold as heck), it's a little hard to find bugs so we ended up using a fruit fly and a teeny worm to use in the Smartscope. Super cool. Even I thought so...LOL: 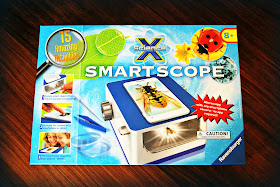 You use the Smartscope with your smartphone by placing your phone in camera mode and placing it on top of the Smartscope as seen above. A little bit of focusing and above you can see the fruitfly that we found (damn bananas on the counter). I got better at using the Smartscope by the time we got to the worm: 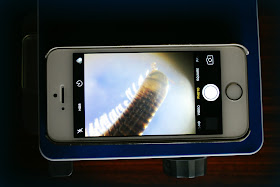 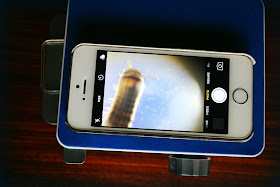 Simon thought the worm was dead but he sure wasn't - it kept wriggling around like crazy as we watched him through the Smartscope. Simon is on the hunt for more cool things to use with the Smartscope. He just loves it!!!

Simon is a huge Star Wars fan and loves anything Star Wars. The Star Wars Eye Found It! game is perfect for those snowy Sunday afternoons or when Simon has his pals over for a playdate. It's one of those games that keeps the kids entertained for hours so this one is a big winner! 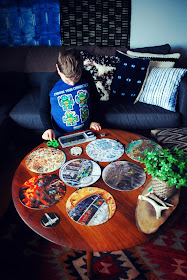 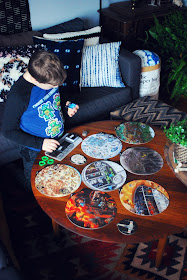 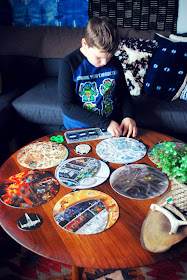